The idea stemmed from the need to test multiple APIs our customer had allowed access to, from Salesforce IP Ranges only. This obviously meant - any tools like Postman were of little use here, and writing the same lines of code over and over again was time consuming. Building on this, and my previous experience with integrations, I started developing this playground called RestEZE (a named I derived from RustEze - a bumper ointment from the movie Cars, and a sponsor for "Lightning" McQueen) which would potentially solve this problem by providing a powerful GUI to test the APIs whenever I need, without having to write a single line of code.

I realized while testing the APIs, that I was frequently using some functions like Hashing, Base64 Encoding etc. This inspired me to create a Utilities section which would allow a user to use these functions without writing any code.

Later I decided to take it a bit further by adding a feature which would auto-generate a wrapper class for the response, and the required code stubs to use it, there by reducing a lot of the developer's effort to parse the response or look for external tools to do this.

No tool is good enough if it doesn't remember your work, which is why there is a History section which tracks the last 100 callouts you made, and offers the ability to re-fire those.

The app is now listed on AppExchange and can be downloaded and used for FREE!!!

Click here to see this app on the AppExchange. 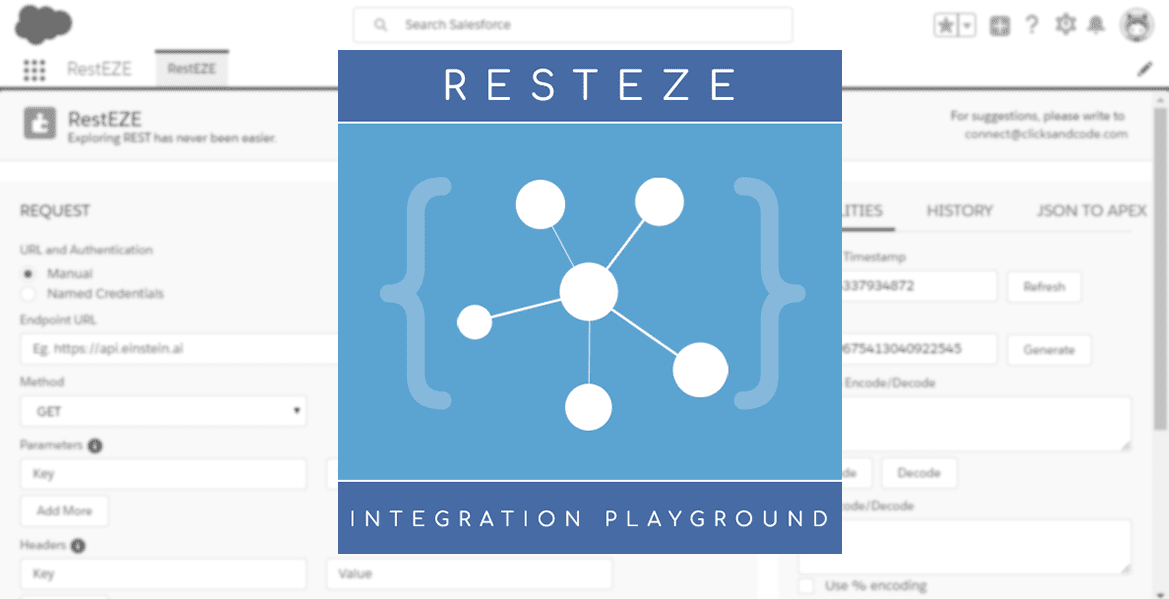